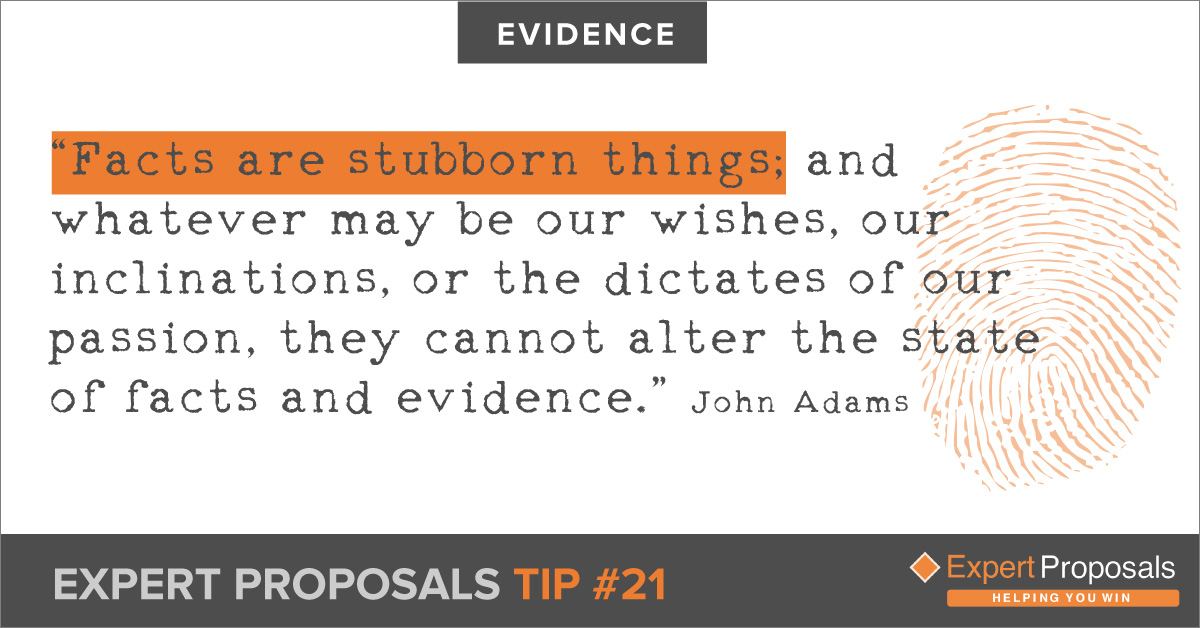 Have you ever watched those TV crime shows? The detectives (when not looking sideways at the camera and putting on their sunnies) are always on the search for that piece of evidence that will prove without a doubt, who committed the crime.

They know they can’t just go in front of a jury and say, ‘Joe did this, and you should believe me as I know – it’s just like him ok’.

They need that hard and fast evidence that puts Joe at the scene. The fingerprint, the cigga butt, the footprint, the DNA, the witness.

Well, the same goes when you’re writing your tender proposal. I want you to think that Horatio Caine is going to read your proposal. He’ll examine your tender, slip on his sunnies, make some smart remark and digest what you’ve written.

If you’ve written a winning proposal, you’ll have made some claims as to why you and your business should be chosen. And to go along with these claims, you’ve provided the evidence.

The sort of stuff Horatio won’t be able to ignore.

And that’s because real evidence is pretty hard to ignore.

🔸 Case studies on past projects – what they needed, what you provided and how you helped

Backing up your facts with evidence is essential. It makes you credible and makes your tender proposal come across as genuine and real.

Your clients will pick up fluffy tender proposals and ignore those where claims aren’t backed up. You’d never see Horatio and his team take a case full of holes to the jury. They’d be laughed out of court, and their credibility would be shot to pieces. So don’t do it in your tender proposals.

If you’d like help from an expert tender writer (who may or may not be as cool as Horatio!), call us today and see how we can help you back up any claims with evidence.

Call us, fill in the form below and we'll call you or book a call